The so-called Delta variant, the COVID-19 strain blamed for a devastating viral surge in India that led to a global daily death record of more than 6,000 fatalities this week, now accounts for nearly 5% of positive samples studied in New York City, according to new data from the health department.

The city still classifies that novel strain as a “variant of interest,” meaning it has genetic markers associated with higher risks of transmission, reinfection or severe illness, as well as reduced vaccine effectiveness. More study would be needed to confirm it as a variant of concern. The classification for that level requires a body of scientific evidence showing it is more likely to pose any or all of those challenges.

That Delta variant, though, is of paramount concern to national infectious disease expert Dr. Anthony Fauci, who urged state officials this week to reenergize vaccination efforts before that strain becomes more predominant in the U.S. It is already the dominant strain in the U.K. and accounts for 6% of U.S. cases studied.

The actual proliferation in the U.S. is likely higher, though, as the U.S. is running the genetic sequence on a fraction of cases. The same might apply to New York City.

“In the U.K., the Delta variant is rapidly emerging as the dominant variant … It is replacing the B.1.1.7,” Fauci said. “We cannot let that happen in the United States.”

The World Health Organization has decided to assign different Greek alphabet letters like Alpha, Beta and Gamma to each new coronavirus mutation in an effort to decrease stigma.

The B.1.1.7 strain, the one that first emerged in the U.K. last fall and became the dominant strain in the U.S., is still the most common COVID strain in the five boroughs, health department data show. That variant, called Alpha under the World Health Organization’s new naming convention, accounts for 42.9% of recent positive samples studied in New York City and is considered a variant of concern.

The so-called New York City variant, on the other hand, otherwise known as B.1.526 or Iota, accounts for less than a quarter of recent samples studied and does not appear to cause more severe disease than other versions of the virus, nor does it appear to increase reinfection risk, federal and local officials have said.

Also under continuously close monitoring is the P.1 variant, the one first identified in Brazil (now known as Gamma), which accounts for 7.4% of recently tested samples in New York City. That and the Alpha variant are the only two variants of concern with representation above 1% in the city at this point, data shows.

None of the variants identified in New York City so far have been classified as “variants of high consequence,” which would indicate clear evidence that existing prevention tactics, including vaccination, are less effective against them.

Existing vaccines are believed to protect against the variants that have emerged and those that will develop over time, which is why Fauci issued that impassioned plea to boost U.S. vaccination rates before another COVID wave threatens America.

Right now, more than a dozen states, including New York, are on pace to hit President Joe Biden’s goal of at least partially vaccinating 70% of American adults by July 4 but many others will likely fall short, potentially putting the public at risk.

In New York City, where more than 57% of adults are fully vaccinated and nearly 66% have had at least one dose, according to state data, core viral rates are at their lowest levels in a year. The positivity rate has notched multiple all-time lows.

New daily cases are down more than 36% the last seven days compared with the prior weekly average for the last month. Average hospitalizations are down nearly 49% in that time frame while confirmed daily deaths have fallen 42%. The declines between January and June are even more significant, the city has said.

Statewide, New York reported its 13th straight day of record-low COVID positivity on Thursday. The rolling rate is 0.47%, a national low, according to Johns Hopkins University. It has declined for 66 consecutive days while statewide hospitalizations are down to 758, their lowest total since Oct. 8, Gov. Andrew Cuomo said Thursday. 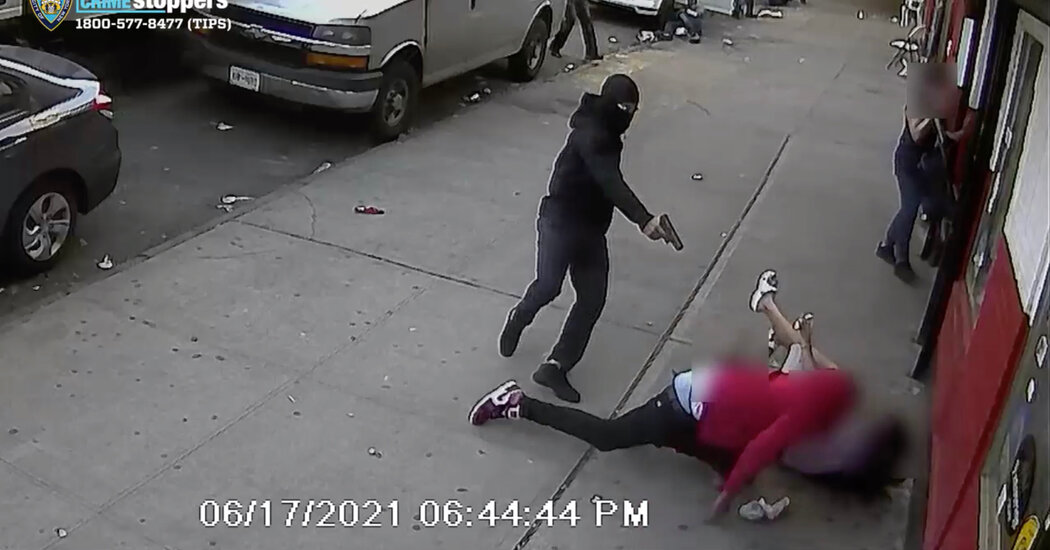 Boy, 7, honored for saving mother’s life during seizure
22 mins ago